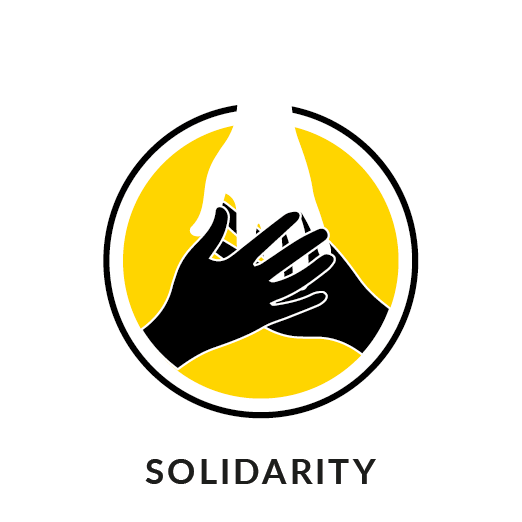 Solidarity is one of the core concepts of the EU’s Charter of Fundamental Rights. It refers to a relation to others and is based on the unity of community values, aims, interests, objectives or standards.

According to the European and Mediterranean Major Hazards Agreement (EUR-OPA), the call for nations and people to co-operate in a spirit of solidarity so as to strengthen disaster resilience, share responsibilities and benefits equitably and help victims with particular attention to the most vulnerable is one of the key Ethical Principles on Disaster Risk Reduction and People’s Resilience. In the 2004 Solidarity Declaration, EU member states pledged to jointly mobilise civilian and military means to protect the civilian population in a disaster, while a solidarity clause appears in the Lisbon Treaty (2009) which has become a cornerstone in the development of the Common Security and Defence Policy (CSDP).

The EU has a long tradition of deliberative collaboration on the basis of solidarity yet it is careful to avoid unacceptable centralization. This aspiration is built into the principle of subsidiarity which ensures that decisions are to be taken at the most local level possible for their resolution. Solidarity and subsidiarity are components of broader values of ‘unity in diversity’, which ensures that EU objectives build on long-term mutual respect and understanding between partners, yet always leave sufficient implementation room so as to allow for national diversity and flexibility. However, political events such as the UK’s decision to leave the EU open the possibility for different types of partnerships that are not based on unity and solidarity but on conflict and contestation which according to some political theorists is actually the basis of a modern liberal democracies.

Charter of Fundamental Rights of the European Union [Link]