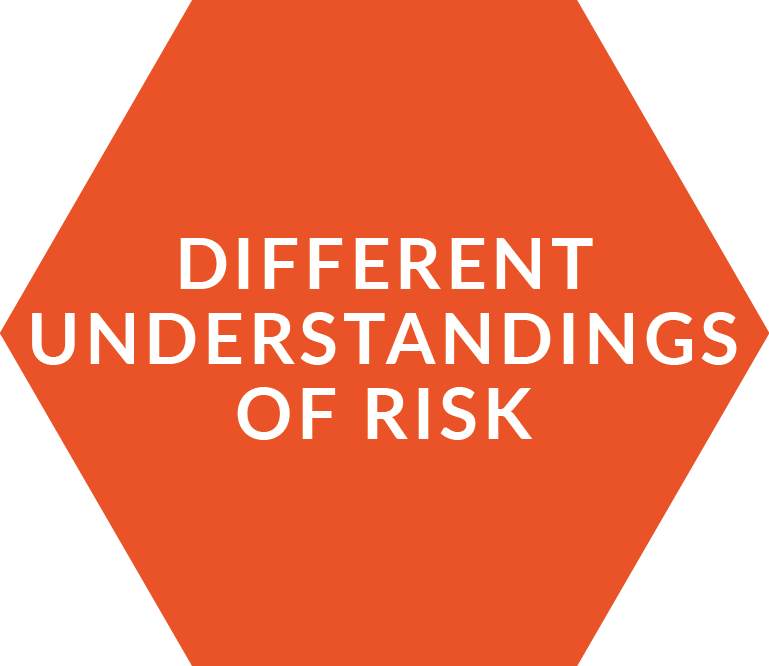 Each region, even each local agency’s understanding of risk is different. Being aware of how different groups understand a disaster can reveal how values structure risk assessments, and how trust can be produced and maintained. Such awareness can allow each stakeholder to communicate in a way that is reflexive towards how others in the collaborative information management system assess risk. This requires a system that moves away from deficit models of communication which assume that a simple lack of adequate knowledge is at the heart of misunderstandings and that this can be ‘plugged’ by providing the missing information. Instead, the collaborative information management system needs to be flexible enough to not impose one community’s way of thinking, doing, and planning for disasters onto another community. In relation to data protection, the data protection impact assessment advises that foresight of risks and taking pre-emptive steps to minimise risk is an essential part of the process as a whole.

How can a collaborative information management system be set up in ways that support working through diverse and potentially conflicting understandings of risk?

When sharing or collaborating on risk assessment with diverse others, how can the collaborative platform be set up in ways that support the presentation of conflicting ideas?

How can the system be set up in a way that supports the identification of concepts, terms, and technologies that enable communication without forcing everyone to understand things in exactly the same way?

Do you revisit your data protection impact assessment procedures to evaluate the potential risks in any new development related to your technology?

It is important to support diverse and sometimes conflicting understandings of risk and contestation of meaning. However, the challenge that arises is how to keep the ambiguities in the data and the diversity necessary for encouraging broader views while simultaneously creating a shared vocabulary of action. To achieve this it needs to be possible to hold, in the same space, conflicting ideas and to still be able to take action without assuming or expressing that action as ‘the’ only correct answer.

One way to achieve this is to provide some degree of contextual information in order to support this understanding. Including information about the specifics from which the data derive can help avoid seeing data used in unintended ways or being inappropriately combined for risk assessment because it was disassociated from their site of production.

Moreover, in addition to including this information about directly responding groups, how the public perceives a response is also important to the success of future responses and thus their voices need to be included to a certain degree, hence widening the diversity of data and data needs in a successful disaster management system.

Flooded or not? In an effort to understand flood risks in Doncaster, UK, a group of researchers, emergency planners and communities set up a citizen observatory. As part of this, citizens were asked to mark areas flooded. An example of divergent views:

While professionals might see the field on the right as unproblematic, observers with a farming background would see that crops in the field would be ruined by the waterlogging (Lanfranchi and McCarthy, presentation available here, see also Wehn et al 2015)

In their analysis of difficulties in coordinating the multi-agency response to the flooding of the Walham electricity substation in the UK in July 2007, Baber and McMaster observe that ‘The key issue is not the presentation of information, but the explanation of how or why the information is important (i.e. what it means), as this is based on experience and expertise that is not shared across agencies.’

From a SecInCoRe interview with practitioners, a Police Chief described: “[American Bases] have a yellow line painted which is a boundary. [This one activist] has been to court many times to challenge the legality of this yellow line. It got to the point where the ministry of defence police was told we’ve got CCTV in there but they were physically pushing her back or lifting her over the line. So you’ve got this ridiculous push and shove with a 73-year-old woman and cops who were dressed in body armour and it looked horrendous. So I asked one of my tactical advisors to go up and witness and see what it looks like and come back and tell me. Then I’ll feed it back to them. He said we wouldn’t do it, not a chance, it’s not proportionate, it looks horrendous. There is no threat. This is a well protected American Base” (Police Chief, UK, 2015 in Petersen 2015).

In another SecInCoRe interview, a member of the UK police force stated that they were frequently frustrated by ambulance services because ambulance crews often treated any previous violent incident at an address as if it was still relevant today, thus potentially constituting a present threat to their safety and requiring police escort. The interviewee expressed frustration over what he considered to be an invalid claim. As a result, he found himself frequently questioning the legitimacy of ambulance teams’ requests (Petersen 2015).