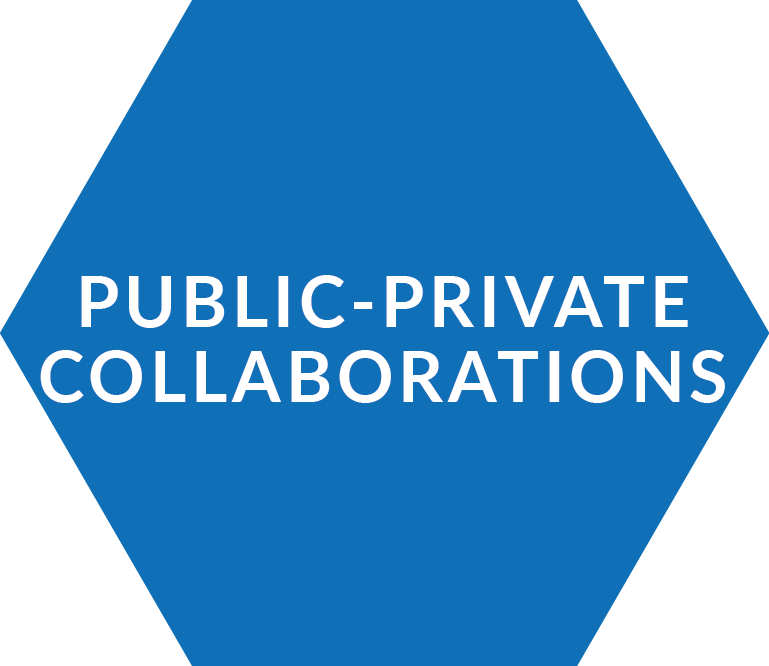 As public-private collaborations become more prevalent, there is a need to clarify the liabilities and duties of private companies working in a public capacity because there are different legal and incentive frameworks between private and public organisations (i.e. Is the contractor company legally bound to serve the public?; Are decisions based on public care or private profit?). While these collaborations open new possibilities for inclusion, networking, information exchange, knowledge transfer and resource mobilisation, they also bring forth a range of ethical, legal and social issues which warrant careful consideration. In a collaborative information management setting, it is important to support and encourage reflection on such issues by making more visible the ethical and legal implications of outsourcing, subcontracting, and privatisation in general.

What are the responsibilities, liabilities and duties of the private stakeholder in the collaboration? Are they known and agreed in advance, and do they align or come in conflict with those of public stakeholders?

What sort of issues arise when combining public service motives with profit or efficiency motives reflected in activities within the collaborative information management system?

Does the participation of a private stakeholder affect human rights or other ethical principles, such as informational self-determination?

In 2005, the Hyogo Framework for Action by the United Nations recommended the establishment of Public-Private Partnerships to enable communities to reduce the risk factors that contribute to disasters. This commitment has been renewed in the 2015 Sendai Framework. Within the EU the involvement of the private sector in response efforts varies on the basis of countries’ cultural and historical traditions. So, for example, the Nordic and Central European states are more likely to mandate that companies must store goods or provide services in case of an emergency. In terms of private-public partnerships, Baltic countries assigned particular importance to the role of the private sector at all levels of preparedness and response. In Croatia and Poland, civil security tasks such as responding to oil spills or providing shelters are outsourced to private companies. In the UK, while not mandated, public agencies to engage the private sector for specific tasks but on an ad-hoc and voluntary basis.

Now, countries around the world are adopting policy frameworks that emphasize the importance of partnerships for disaster resilience. Such a new and growing spectrum of disaster management partnerships opens up new possibilities for inclusion, networking, information exchange, knowledge transfer and resource mobilization. However, it also highlights the importance of ensuring alignment and coordination among partners.

As Public Protection and Disaster Relief services across the EU move from dedicated private mobile radio networks such as TETRA towards the use of 4G/5G mobile technology using long-term evolution (LTE) networks, the issue of sharing a network with a commercial mobile operator to provide a service to mission critical users raises concerns. One key tension is the fact that the former operate under a commercial, mass market business model. This model also informs the architecture of these technologies which in many cases comes in conflict with key regulatory obligations and operational commitments of the PPDR services (such as conservation of life and continuity of service under all conditions). For example, commercial LTE networks are designed for capacity and are usually built on population, rather than geographical, coverage leaving many scarcely-populated areas with substandard or non-existent coverage. Also, they are designed for ‘busy hour’ capacity and the blocking or dropping calls when the network gets very busy (rather than queuing them as the dedicated mobile radio networks do) is an acceptable part of their Quality of Service (QoS) definition.

Issues such as the above mean that further development and adjustments are needed in order to develop and ensure the necessary performance, but also timely delivery, of such technical developments. However, the question arises of whose responsibility it is to cover the cost and provide such assurances. As the limited critical mission market cannot compete with that of the commercial mass market, while at the same time having very high operational demands, private companies might be dis-incentivised to prioritise critical communications functionality and expose themselves to the risk of, not only contractual, but also reputational damage.In the UK, such concerns resulted in commercial bidders, such as O2 and HP, pulling out of the UK’s newly developed Emergency Services Network (ESN) bid process citing high market volatility and increased commercial and technical risk jeopardising the whole procurement process as there were stages with only one or no bidders at all (Scroxton 2015a,b,c).

In their review of international public-private partnerships, Chen et al. (2013) identify eight different types of collaborations across different phases of disaster risk management one of which is public-private contractual partnerships for critical infrastructure. There the authors identify the challenges that arise because of high degrees of uncertainty and discretion provided to project implementers. In these cases, this means that contracts are often incomplete and potentially involve frequent renegotiations, posing challenges for the disclosure of information within collaborative information management systems. Such contracts create high risks of opportunism and transaction costs (e.g., monitoring, enforcement and conflict resolution). Joint ventures with incomplete contracts require high levels of trust, where information sharing may sometimes need to be very carefully calibrated and may require long-term relationship building and incentive structures that align the interests of public and private collaborators. Government-civil society partnerships often rely on Memoranda of Agreement (MOA) or long-term arrangements. Less effective are ad-hoc coordination attempts. Relations may be complicated further when different communities and publics are part of the collaborative information management system, such as in Chen et al.’s third public partnership category, many-to-many network partnerships, which also aims to bridge distances between different parties. Apart from official agencies and NGOs it also enrols more ephemeral mobile publics, where communities temporarily converge around issues of concern, often via digital and mobile technologies used everyday.

Scroxton, A. (2015c) Risky and untested: What went wrong with the ESN procurement?, ComputerWeekly [Link]