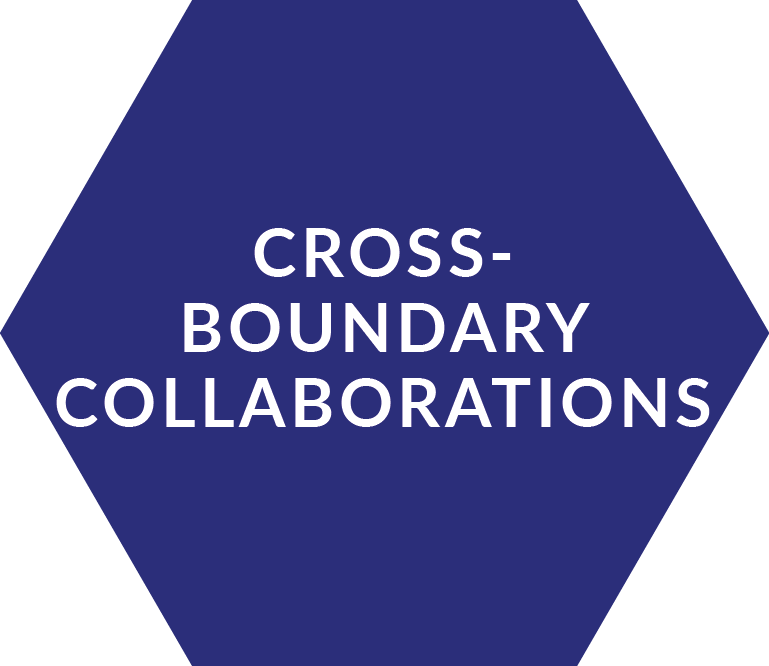 Cross-border collaboration is a challenge as it can be difficult to break organisational habits of silo-thinking. However, disasters do not respect borders and increased technological, organisational, and international interoperability can be immensely beneficial. This means that there is a greater need for collaborative information management to encourage horizontal, not just vertical communication.  The purpose of the European Union (EU)’s General Data Protection Regulation (GDPR) is to facilitate data sharing across the EU and to clarify the approach that should be taken to organisations lying outside of this political area.  Adherence to its principles and using its principles to negotiate cross-border collaborations should lead to greater clarity in the negotiation of agreements and strategies.

How can collaboration be set up to support finding the right counterparts in other organisations, regions, or countries?

What mechanism are implemented to share data and find common understandings?

If you take data from others (including NGOs, the public sector, or any other group) do you have to share yours back?

How can existing legal frameworks help you to draft and put into place any collaboration agreements?

The EU has a long tradition of deliberative collaboration that avoids centralization and builds on long-term mutual respect and understanding between partners. This translates into policies that emphasise solidarity and subsidiarity. In the Solidary Clause (2004), member states pledged to jointly mobilise civilian and military means to protect the civilian population in a disaster. The principle of subsidiarity ensures that ‘decisions are taken as closely as possible to the citizen and constant checks are made to verify that action at Union level is justified in light of possibilities available at national, regional or local level’ (EU Glossary). Solidarity and subsidiarity are components of broader values of ‘unity in diversity’, where EU objectives should always leave sufficient implementation room to allow for national diversity and flexibility.

The tension between these two key EU principles is also being played out in crisis and disaster management. For example, how Command and Control is implemented across different national systems varies considerably and there are significant variations in terms of the structures, policies, rules and practices of crisis and disaster management. Even at the emergency responder level, there can be many differences between countries. While each country typically has emergency responders such as police, firefighters, paramedics, search and rescue personal, etc., the roles and responsibilities of these agencies can differ. These differences include straightforward but still challenging issues such as terminology, but also conceptual differences, such as what is the threshold for something to be labelled a crisis. Furthermore, across the EU, one can find a mix of centralised and decentralised models but also a range of different perceptions regarding the role of government during a crisis, including the processes for escalating or de-escalating authority in crisis response.

Such differences and complexities lead to a situation where although the benefits of cross-boundary collaborations are generally recognised with the EU taking several initiatives to further support and improve such efforts, in practice a fragmented picture emerges.

Databases such as the Schengen Information System (SIS), Eurodac (Identification of Applicants) or others which supportEuropol’s missions are meant to facilitate sharing of information across the EU, however they can only succeed if individual states commit to delivering such information. Member states, however, are not obliged to do so. As the director of the Association of German Criminal Police (BDK), André Schulz, told Deutsche Welle in regards to the SIS system: “Several countries refuse – in part because they don’t have the capacity – to enter data” (von Hein, 2016).

The aftermath of the Brussels terrorist attack in 2016 revealed key failings in the sharing of information both amongst EU and between EU and non-EU countries. As it was reported, a limited and untimely communication and information sharing between Turkey, Belgium, the Netherlands and the American FBI, and differences in classification which saw the perpetrator being classified in some systems as a criminal rather than a militant, meant that early warnings about the risk posed by the perpetrator were not acted upon (Emmott, 2016; Brunsden et al, 2016). Co-operation is indeed recognised as important, however the situation in Europe is rather complex as there are different national legal frameworks, classification rules and cultural and political attitudes to sharing information between 28 different countries.